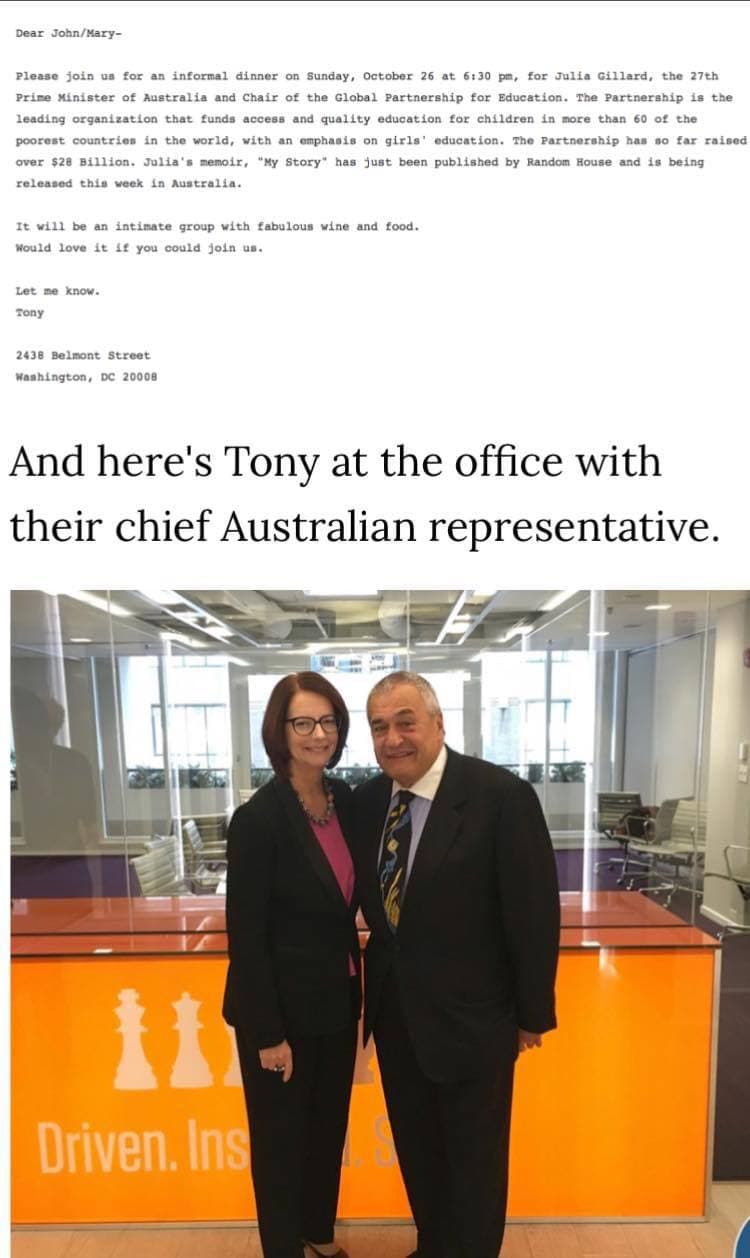 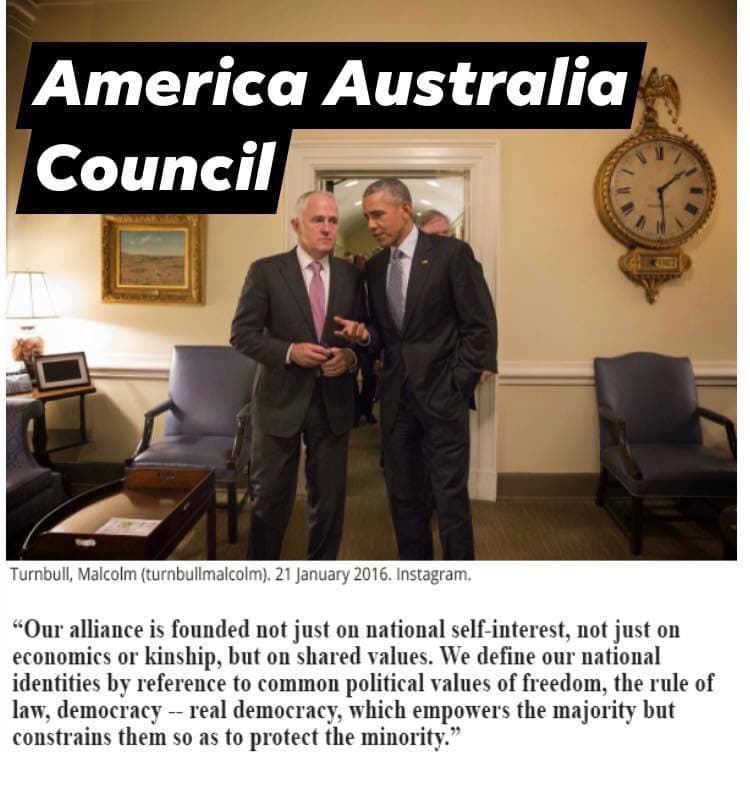 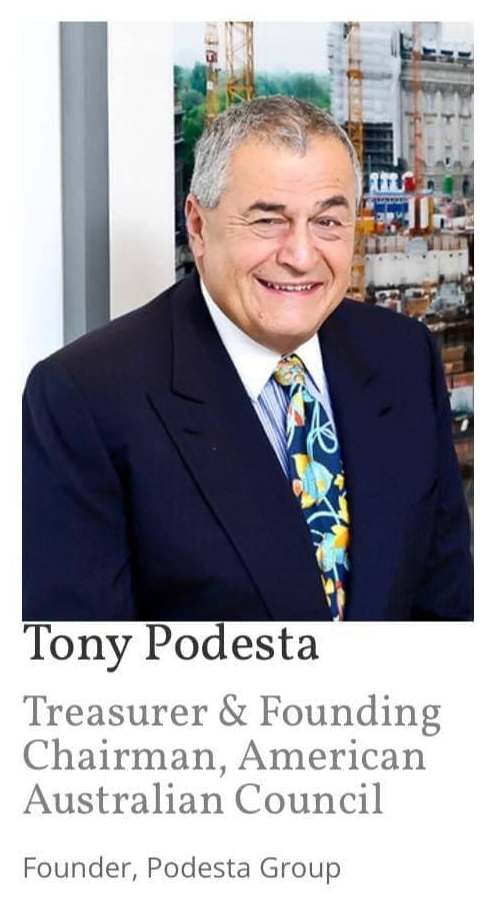 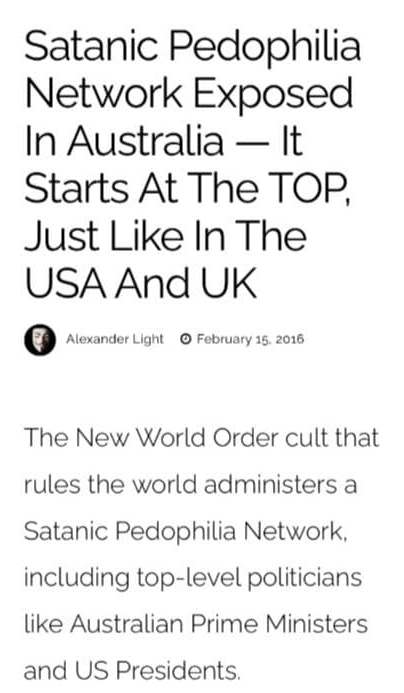 Julian Assange showed the world through wiki leaks that Podesta was a pedophile. Along with Hillary Clinton & Washington restaurateur, James Alefantis they ran a child trafficking ring from the basement of Alefantis’ pizzeria, Comet Ping Pong.

Kevin Rudd has connections with Podesta and Clinton and his think tank was funded by Epstein. Australia has ‘donated’ 460M to the Hillary Clinton Foundation with both Rudd and Julia Gillard high on the records. Gillard a huge supporter of Hillary and her presidential campaign also controlled efforts in some of the poorest countries in the world for girls.
‘Philanthropy’ covers for child trafficking.