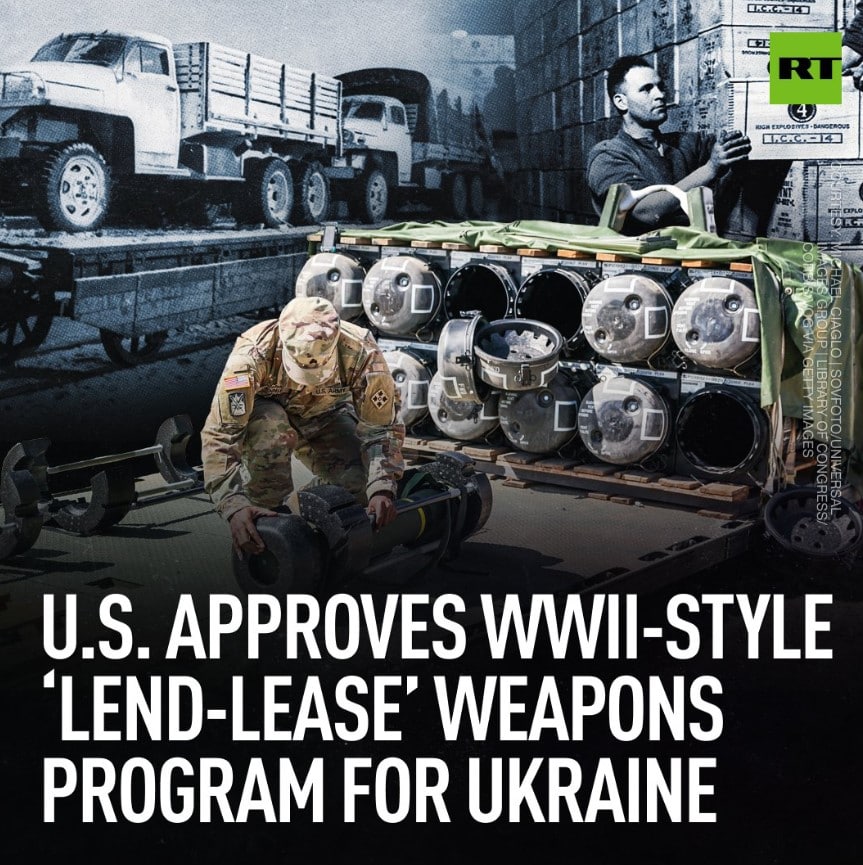 Generations of Ukrainians are going to pay for the weapons that’ll be supplied by Washington to Kiev under the program, Russian State Duma speaker has claimed.

“Washington’s motives are crystal clear,” Volodin wrote on Telegram, suggesting that lend-leasing to Ukraine “would allow to increase the profits of American defense corporations by several times.”

The official pointed out that during WWII, the USSR also accepted a lend-lease scheme from the US, and “the payments were only completed 61 years after the Great Victory, in 2006.”