They had the House, the Senate, the White House, and a majority of the Supreme Court with a new seat waiting to be filled. Enter Machiavellian Mark Meadows, Meadows had Trump convinced he was this big ally of his, so in 2020 he was brought in to serve as chief of staff.

What did he do there? He kept fighting against a serious America-First agenda, this time from within the White House. Come election time, Meadows undercut the effort to stop the Joe Biden coup d’etat and pushed Trump into meekly leaving office 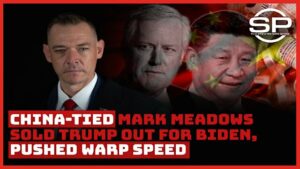 It Looks Like They’ll Need a Million in Melbourne This Weekend. Kill the Bill