The Sequel To The Fall Of The Cabal – Part 4

Howdy fam,
Your help is needed
If you’re free,
please have a listen to this live that is about to start NOW.

Garry Howard has asked me to pass on this important message.

I have not independently verified any of this at this stage,
but it sounds like some real overreach once again.

Brother (on disability pension) took his truck to Canberra in the Feb 12th Convoy.

My brother went down with a great group in a Convoy that started in North Qld, arriving Thur night at Epic.

He was involved in the March on the Saturday and wound up getting targeted by the AFP and according to a few witnesses, quite possibly an intentional setup.

He was a part of the march with a couple of other trucks – including one of the stage trucks.

He got separated from other trucks and was then approached by Aussie Cossack who asked him to head further up the main road towards parliament and the top stage (where he was intending to go).

After initially being directed through by police, confusion arose further along and Police had mixed plans it seems, then his window smashed, pepper sprayed and an hours later they decided to arrest him and confiscate the truck.

Some people in the scene, seem to think he was involved with the Cossack, but in actual fact he had never met, nor had anything to do with him prior to the Cossack approaching him enroute and saying he should take a different route to the top stage (my brother only offered to do so as he thought he had been told they were authorised to travel along that route – I think this might have been a miscommunication or misunderstanding).

The AFP claim he drove through multiple barricades,
but Paul and about 5 witnesses we have spoken to have all said they didn’t see any barricades.

Apparently there was a set of barricades off the side of the road that had either been out, then removed or hadn’t been put out.

Lets save the Freedom Truck 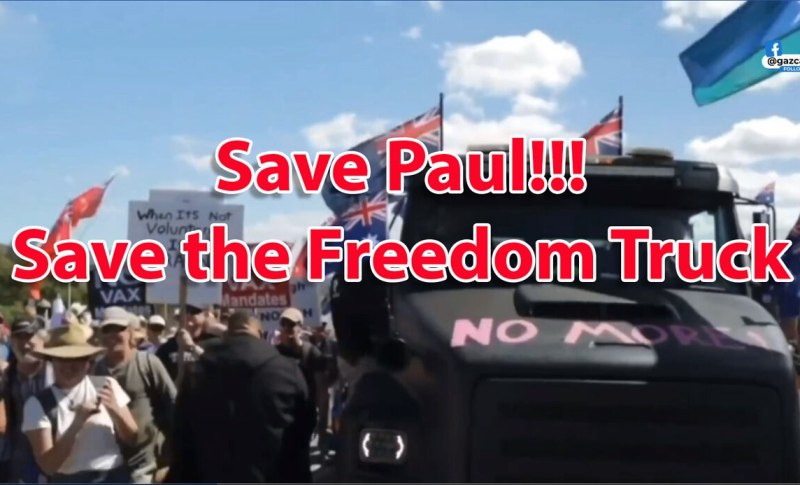 Broken Down and Rusting, Is This the Future of Britain’s ‘Wind Rush’?

Remember When the Silly Conspiracy Theorists Said the Power Supply Would Come Under Attack?