Stay Away From Our Children

No apology from our once-so-zealous public health officials.

This week, with hardly a whisper from its chief public health officers, Australia largely abandoned its vaccine mandates. For the most part, they remain in force only for those working in health and aged care or with those with disabilities. There has been no explanation given as to why unvaccinated workers can now be ‘welcomed back’ into workplaces. There has been no apology to those who lost their jobs for refusing to be jabbed, or who lost their lives, or their good health, following vaccination. So far, 889 deaths have been reported to the Therapeutic Goods Administration (TGA) which may have been caused by vaccination and almost 133,000 people have reported a vaccine injury including more than 140 heart attacks, 360 myocardial infarctions, 500 strokes, 1,400 cases of deep vein thrombosis and 1,500 pulmonary embolisms.

So, why the sudden change in policy? Here’s one possibility. An Israeli study of 5.7 million people, published in the New England Journal of Medicine in June, shows that unvaccinated people who gained immunity through infection, were far better protected from Covid than people who were double vaccinated. And while the study did not have enough cases of severe Covid to be definitive, it showed that unvaccinated people with natural immunity were also better protected from severe Covid.

Thus, after more than two years of advising premiers to abandon their pandemic plans and paralyse the entire country until everyone was immunised with experimental vaccines, it seems that our public health officers were wrong. Oops. Not only has Australia wasted billions of dollars on lockdowns, it has damaged the health of the vast majority of Australians by making them more vulnerable to infection with Covid.

Increased vulnerability to infection might explain why, in NSW, teachers who were forced to be double vaccinated to retain their jobs were off sick for a combined 430,351 days in the first six months of this year, an increase of 145,491 days compared to pre-pandemic levels.

It might also explain why excess mortality continues to run at a record high. Excess deaths in March were still almost 10 per cent above the historical baseline and deaths for the first three months of the year were 17.5 per cent higher than the historical average.

This spectacular public health failure was undoubtedly exacerbated by the failure to heed the lessons of early treatment of Covid-19. This time last year, on 26 June, NSW entered its long Delta lockdown. At that time, India was just emerging from its Delta spike. On 26 June 2021, Covid deaths in India were 284 per million, while in Australia they were only 35 per million. A year later on 26 June, deaths per million in Australia and India are identical  –  376 per million. What happened?

A year ago, health officials in Uttar Pradesh, the most populous state in India, with 240 million inhabitants, advised that they were using a multi-drug cocktail of repurposed medications including ivermectin and hydroxychloroquine to treat Covid with astonishing success. From a peak of 34,455 on 29 April, cases plunged to 178 on 26 June. A year later there is an average of one death per day.

The contrast with Australia could not be more stark. Australia’s public health officers weren’t content simply to disregard the evidence of Uttar Pradesh’s success with a multi-drug therapy that included ivermectin, the TGA went further than any other country in the world and on 10 September 2021 banned the use of ivermectin for the treatment of Covid.

In the US, the Food and Drug Administration (FDA) did not ban ivermectin, but it is now being sued by three eminent physicians over ‘its unlawful attempts to interfere with the practice of medicine’, specifically its ‘crusade to halt the use of Ivermectin to treat Covid-19’. The case is being prosecuted by former Ambassador Boyden Gray, who was White House counsel to President George H.W. Bush and who is representing Drs. Mary Talley Bowden, Paul E. Marik, and Robert L. Apter. They maintain that the FDA had no right to mount a campaign against a drug that had been approved and attempts to do so amounted to unlawful interference in the practice of medicine, a right reserved to the states in the US. As a result of the FDA’s actions, the doctors were referred to medical boards for disciplinary proceedings and were forced to resign from positions in hospitals.

Unfortunately, public health officials in Australia pursued the same policy of persecuting doctors who dared to criticise official public health policy. For example, Dr Paul Oosterhuis, a NSW anaesthetist with over thirty years experience in critical care and resuscitation, had his registration as a medical practitioner suspended on 3 September because of four anonymous complaints made to the Medical Council of NSW about his Facebook posts, which encouraged people to take vitamin D, zinc and seek early treatment with ivermectin and hydroxychloroquine if they became infected with Covid. In May, Dr Oosterhuis turned the tables on the Medical Council by taking them to the Supreme Court of NSW for failing to refer the complaints about him to the NSW Civil and Administrative Tribunal. Two days before the case was to be heard on 12 May, the NSW Medical Council revoked his suspension. Perhaps they were stung by a judgement in the Supreme Court of NSW in April which characterised their conduct in relation to another doctor as ‘irrational’ and lacking any ‘evidentiary foundation’.

Dr Oosterhuis was not the only doctor to be punished in this way. Dr Robert Brennan, a general practitioner in NSW had his medical registration suspended for signing a newsletter from the Covid Medical Network, now the Australian Medical Network, which advocated early treatment and challenged the evidence base for lockdowns, and for mask and vaccine mandates. After conferring with the Medical Council of NSW, the Health Care Commission revoked his suspension on 17 May but warned they might take action against him again if he promoted messages ‘not in accordance with public health orders’.

In Victoria, Dr Mark Hobart is still fighting to have his medical registration restored after it was suspended for the ‘crime’ of issuing temporary exemptions to people who were concerned about the safety and efficacy of the Covid vaccines. Considering public health officials have now quietly abandoned most of their mandates, and the vaccines have been shown to be ineffective in preventing the spread of Covid, one wonders on what grounds they can possibly justify his suspension. Presumably, like their counterparts in NSW, they will abandon the case days before it comes to court but, if the NSW Medical Council is any guide, an apology, and compensation, will take a lot longer. 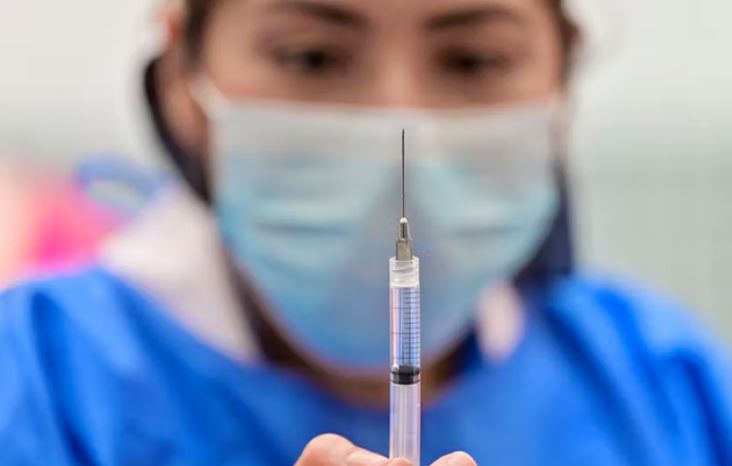