Response to some of the arrogant and ignorant on social media

People Who Don’t Want the Vaxx Aren’t “Refusing” It!!

Imagine if the Governments covered up that there were more then a handful of deaths, ( just because they boarded the plane isn’t conclusive they were on it,when it crashed ) and blocked independent investigations, and pressured, intimidated, bribed and bullied more to fly,and keep boarding more of the exact same type of planes ( from just 4 companies as they are paying the Tv networks and pollies and big tech the most to have the regulators turn a blind eye, and it’s safe to keep flying no matter what.

And hire actors to pretend to be pilots saying “ it’s still safer to fly, then walk, as their is still more dying from lightening strike every day, by being outside,when you should be flying mot walking, so it’s ok .

And the main stream media, and big tech go into overdrive ,and attack anyone that dare suggest, there maybe a few safety issues rushing these 4 plane models into commercial flights so soon,before testing properly , ( all test runs resulted in all animals dying ) as anti plane loonies and how dare you question the safety of planes.

Like your not even a pilot.
Trust the science they say despite the so called science paid for by the same plane companies.
It’s just a conspiracy theory anyone suggesting deadly plane crashes are an issue –

I mean if some didn’t crash they wouldn’t be working properly.
Mmm weird logic but that’s how the current Global Medical Experiment is. 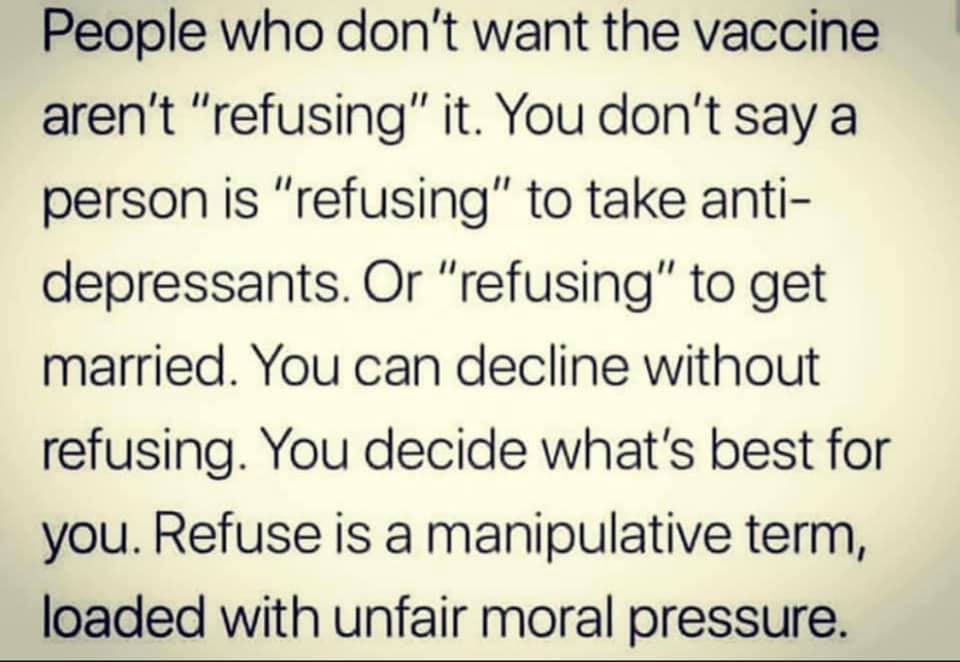 Don’t Support the Globalists Platforms – End Tryanny by Ending Support of Their Platforms. Join Us on Truthbook.social

Wasn’t the Extreme Left Just Telling Us There Is No “Woman” and Everyone Should Get Gender Fluid, yet Now the Abortion Card Is the Next Thing To Post That You Stand With….

We Aren’t Waiting To See if Twitter Becomes “Free Speech” Again. The Woke Employees Will Sabotage It